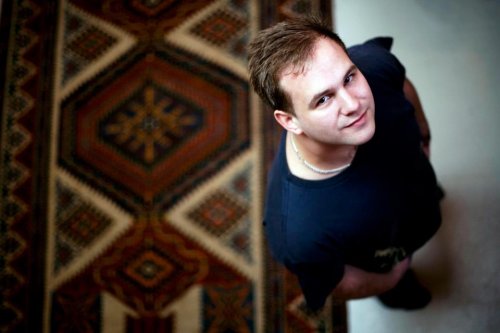 Bad Tango is the Psychedelic Tech-Funk project of Cambridge based producer Will Railton.

Will has made a tremendous impact on the Psychedelic, Breakbeat and Tech-Funk scenes in a considerably short amount of time. After his first release in January 2011, Will topped download charts with a string of successful releases on a variety of labels; Exogenic, Yellow Finger and Logariddim to name a few, and was quickly scooped up by pioneering UK label Broken Robot.

Making a name for himself both nationally and internationally, Bad Tango has been going down a storm at festivals such as Glade, Life, Waveform and Symmetry, smashing renowned events like Tribe of Frog and Sunrise as well as rocking crowds all over Europe.

Within a year of his first release, Will received a nomination at the 2012 Breakspoll International Breakbeat Awards for 'Best New Producer', as well as making the shortlists in a number of other categories.

With his unique, squelchy sound, he has become known for an outstanding attention to detail combined with exceptional production and sound design that has found favour with some of the biggest artists in today's underground electronic music scene. His dedication to delivering fresh, distinctive dance music and high quality DJ sets has established Bad Tango as one of the leading names in the Psychedelic Breaks and Tech-Funk genres.