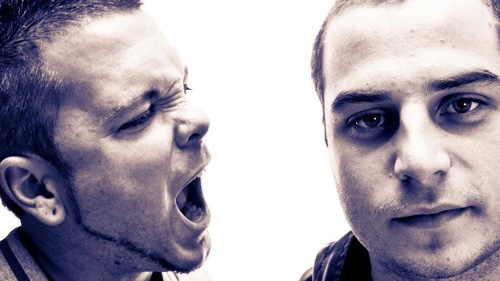 Hailing from Perth, Western Australia and spawned from a love of all things heavy "Beatsmack" is the brainchild of Tom Beziuk aka Bezwun (Producer / DJ) and Ryan Sloan aka Intercept (Producer / DJ).

Before turning to electronic music production as a creative outlet, both were heavily involved in punk bands, playing the drums, guitar and vocals which lead them to significant success within the Australian punk scene.

The two met during a messy drinking session at a local festival and agreed that each other’s skills, influences and passion for the ‘music’ complimented one another in such a way that it made perfect sense to work together – and the rest is history.

“The goal is simple - Beatsmack is an outlet for the heavier side of house, breaks and electro. The tunes represent everything we are influenced by… I guess we’re a melting pot of what we listen to and what we gather inspiration from” – Ryan Sloan.

Whether it be a dirty bass line, a funky break, or an intricate sequence of ear piercing pads, leads or synths, the tracks produced are to transform audio into energy felt by everyone on the dance floor.

Now a part of the Plasmapool camp it’s just a matter of time before Beatsmack becomes a household name.