Hedflux (UK / Broken Robot)
"Solid package here, a great variety of psy infused breaks! The Monk3ylogic and Kiwa mixes are the ones for me - both really strong peak time tunes..." 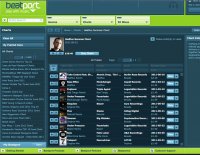 Llupa (AUS / Disc Breaks, NSB)
"I was completely blown away when this hit my mailbox - I have never been so excited about a promo I have received. Ever..."

Soul Of Man (UK / Finger Likin')
"Good work – loads of good mixes – infact breaks has definitely stepped up in the last few months – looking forward to some festi action with this lot – keep me in the loop."

Retroid (HU / Revive!)
"Absolutely stunning release! Blazer and Monk3ylogic remixes are outsanding for me. Will play them."

LuQas (UK / Dead Famous Rec.)
"Great 2nd release to follow up a great 1st release! All tracks are strong + would fit in my sets. My favourite though is definitely the Triple Agent remix..."

Far Too Loud (UK / Funkatech)
"Going on strong with this release. I put the Kiwa mix in my latest DJ mix. Blazer also smacked it on the remix!"

Duane Barry (UK/Digital Sensation)
"My favourite is the Triple Agent remix, nice to hear some psy-influenced breaks with a few chord changes for once! Great arp work too full support from me!"

Andy Faze (UK / VIM Rec.)
"What can I say, extremely massive EP! The remix choices on this are top notch. I can't decide which I like best - awesome stuff all round! Massive support from me!"

Bad Tango (UK / Broken Robot)
"What a spanking 2nd release for Logariddim! Really tight original and mind bogglingly good remixes from everyone! Its very hard to choose a favourite, but if i had to i'd go for the 'Monk3y Logic' remix"

Dr.Fish (UK / Avon Calling)
"Have been really looking forward to the second release from Logariddim and this does not dissapoint. My personal favourites are Blazer, Monk3ylogic, & Kiwa Remixes that will be full supported by myself."

Fletric (RS / Raveart Rec.)
"What can I say, after first release this is all I expected from Logariddim. Nothin' but pure quality! Huge release, great work guys!"

Quextal (UK / NSB Radio)
"Another stormer from Logariddim! I ended up playing THREE of the mixes in one NSB show because they're all so good and so different! Monk3ylogic, Triple Agent & Blazer..."

RUNE Records (UKR)
"Congratulations, guys, you got another great release! LOGA002 definitely proves that you are on the right path!"

Unconscious Mind(s) (UK / Psychoactive)
"This release is frickin HUGE, all have their own unique flavour of a great original and couldn't pick just one fave but for me standout tunes from Blazer, with a punchy beat and fat squelch." 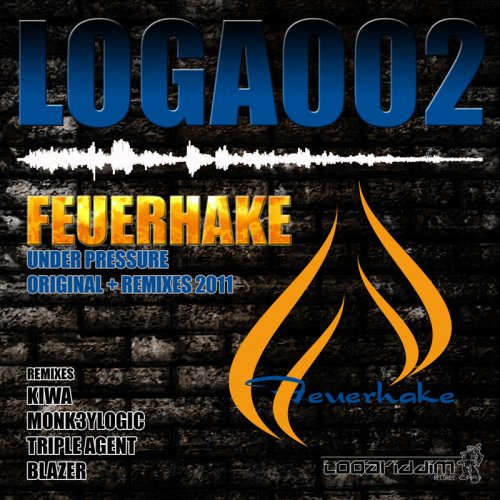 Three months after the 1st Logariddim Records release, we are back with the 2nd disclosure of a bundle with finest breaks and tech-funk sounds.

Feuerhake is one of Germany’s biggest psy- & progressive-trance exports. He plays his sets around the globe for almost 20 years now and his productions can be found on thousands of playlist of DJs in the whole electronic music circus. “Under Pressure” was one of our favourite tracks on his Album “Re:Start” of 2006.

5 years later, on 23rd May 2011, we have this wonderful progressive breaks tune re-released on Logariddim Records. No one other than KIWA, Monk3ylogic, Triple Agent & Blazer made 4 new exclusive psybreaks & tech-funk remixes.

Finnish masterminds KIWA created a wobbly tech-funk monster that makes every dancefloor to a jumping and screaming stream of people.

You love straight on-and-on-going pulsating psybreaks? This is the one for You. Monk3ylogic didn’t deceive our hopes and provided us a 7min. full-on energy remix of Under Pressure.

After serving the Original of the Loga001 release “Explorer”, Triple Agent gets back with a massive, spherical tech-funk & psybreaks remix. A gallery owner would say: “Brilliant, there’s no mistaking a Triple Agent”.

Spanish whizzkid Blazer created a straight and powerful remix, crammed full of finest psychedelic elements and effects. Blazer’s recognisable production-style makes his remix to the perfect rounding for this release.