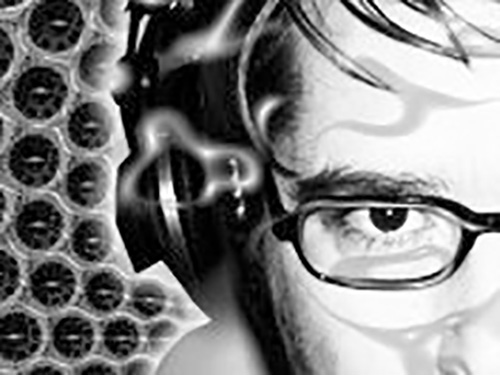 Luk Schmid was infected by the electronical virus since 1996. At that time he mostly went to outdoor Goa parties, Drum n Bass events and he played guitar in a band. The influence of different music styles was as formative that he eventually found his way to Nuskoolbreaks. In 2000 Luk and a friend bought the first Technics MK2 and began to mix Psy & Progressive. Not long after that he regularly organised some outdoor Goa events with a circle of friends and performed with artists like “Space Cat”, “Alien Project”, “Feuerhake” or “XV Kilist & Rocco”. Back then his musical gusto was already widespread and styles like Big Beat, Funk and Drum n Bass were very important. Soon after that Luk got in contact with the modern Nuskoolbreaks at a party in Zurich for the first time. The influences of various styles fascinated him immediately. Wild party nights with DJ sets from Adam Freeland, Lee Coombs and Soul of Man were finally deciding that Luk exchanged his records like „Dragonfly“ and „Flying Rhino„ with „Marine Parade“ and „Finger Lickin“.

In 2005 he established „Dirty Beats DJ Combo“ with his friends and DJ’s „Maxter“ & „Valipulation“ and began to organise Breaks and Tech-funk parties. „Dirtybeats“ has been the ideal platform for improving his DJ skills and for socializing. In the past few years Luk has been playing alongside artists like „Far too Loud“, „General Midi“, „Sould of Man“, „Quadrat Beat“, „Aston Harvey“ or „Leeroy Thornhill“. „Dirtybeats DJ Combo“ still performs in these days and organises Breaks events in Switzerland.

In 2006 Luk took a first try on the synths. The musical odyssey has begun and it didn’t took long until he found his own style. Former influences from Progressive & Goa Trance have been noticeable in his productions and the combination of impulsive breakbeats and psychedelic leads became essential. His first release „Teen Slasher E.P.“ appeared on the english label „Play Recordings“ in 2009. Further releases on „Bass Frequency Productions“, „Vim Records“, „Ridiculoud Rec.“ followed and allowed collabroations with artists like „Kultür & Colombo“ or „Quadrat Beat“.